Artificial Intelligence: What, When, Why and Why Not?

Artificial Intelligence or AI in the simplest terms is software that attempts to mimic Human Intelligence and duplicate its functionality in real life. AI is an extremely broad field that overlaps with Computer Science, Cognitive Science, Mathematics, Machine Learning, and Robotics. AI can improve on past iterations, getting smarter and move aware, allowing it to enhance its capabilities and its knowledge.

Your daily life examples include Siri, Alexa, Netflix, Tesla & playing a game against a computer("bots"). The depiction of AI through masterpieces like Westworld, Ex Machina, The Matrix, I Robot is not the current state that AI is in nor do we know the extent AI can grow to. We're talking about the pseudo-AI technologies that are revolutionising the methods of interaction with the Machines.

AI is still at its infancy, but some big things have already happened. Some of them leaving people in pure awe at the level technology has reached and others in pure shock.

1942 - Isaac Asimov makes the first breakthrough in AI with his 3 laws
First Law: A robot may not injure a human being or, through interaction, allow a human being to come to harm.
Second Law: A robot must obey the orders given to it by human beings except where such orders would conflict with the First Law.
Third Law: A Robot must protect its own existence as long as such protection does not conflict with the First or Second Laws.
1997- IBM’s Deep Blue Beats Kasparov 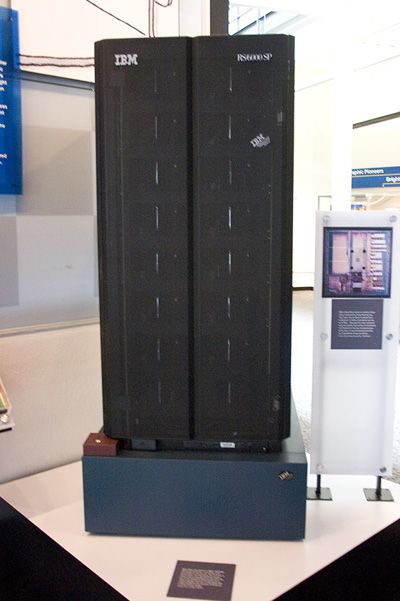 The public profile of AI got a huge boost when the Deep Blue chess computer defeated then-World Champion Garry Kasparov.  A total of 6 games were played, the computer won 2 and Gary won one. The other 3 were draws.
Gary had defeated an earlier version of Deep Blue the year before.
2016 - AlphaGo Beats Human Go Champion
A little history on AlphaGo. It is one of the oldest board games, with the sole objective of getting the maximum area. It is not anything like chess or checkers, which can be won by brute force. It is totally unpredictable. It has a total of 10170 moves, in comparison to the Universe which has a total of 1080 atoms.
This software played thousands of games, learning from both its winning and losing strategies. It worked. In a total of 5 games, AlphaGo won 4 and Lee Seedol.
Fast-forward one year, Alpha Zero was released.  This software won 100 out of 100 games against AlphaGo. It had never played against an opponent, human or machine. It was given no data, just the rules of the game. In 40 days of learning, it became the best AlphaGo player in the World.

AI has enhanced efficiency and Throughput. A recent example is automobiles, it took years to develop regulation around the industry to make it safe. That said, AI can achieve this in a matter of days with the right data Input.

We humans, hate doing the same tedious, daily tasks; we often become negligent and just consider it to be an unnecessary chore. These tasks can be taken up by AI. AI frees up humans to do what they want to do and reduces errors in these monotonous tasks.

AI has enhanced our lifestyle, and made everything so much more convenient. Remember the time we had to set up a playlist for hours depending on different moods and occasions? Back it up a few more years, we had to sort through our cassettes and arrange them. Now, all we need to do is tell Alexa or Google what mood we are in, and we can jam to our favorite music for the entire night!

The most fruitful out of the list is healthcare. From hospital care to clinical research, drug development and insurance, AI applications are revolutionizing how the health sector works to reduce spending and improve patient outcomes.

AI: The Last Invention of Mankind? 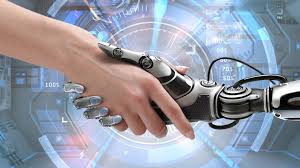 “It could be terrible; it could be great. One thing is for sure, we will not be able to control it”

As AI develops, there will be less and less Human Intelligence. AlphaGo Zero proves that AI does not require any data/human input to learn and become the best in the World in 40 days.  Human Intelligence has become a very small part of the information we possess on the game GO. AI might start developing itself at such an exponential rate, not only in the field of games but every other fields that are ruled by humans. This may mean that Human Intelligence will be a very small amount of information in the coming years. Now, what is going to happen when AI does become that intelligent? The major problem that the experts see is that AI does not share our morals.

“The AI does not hate you. Nor does it love you, but you made it out of atoms which it can be used for something else.”

There is no off switch on the internet, where we realize that things are not going according to the plan where we can just stop AI from doing what we initially asked it to do.

In short, advanced AI is going to have major impacts on Humanity. Whether this negative or positive depends on us; if we do it right; it could easily be the solution to all our problems. If we don’t, it could lead to our extinction.

What do you think the impact of AI will be on human life?